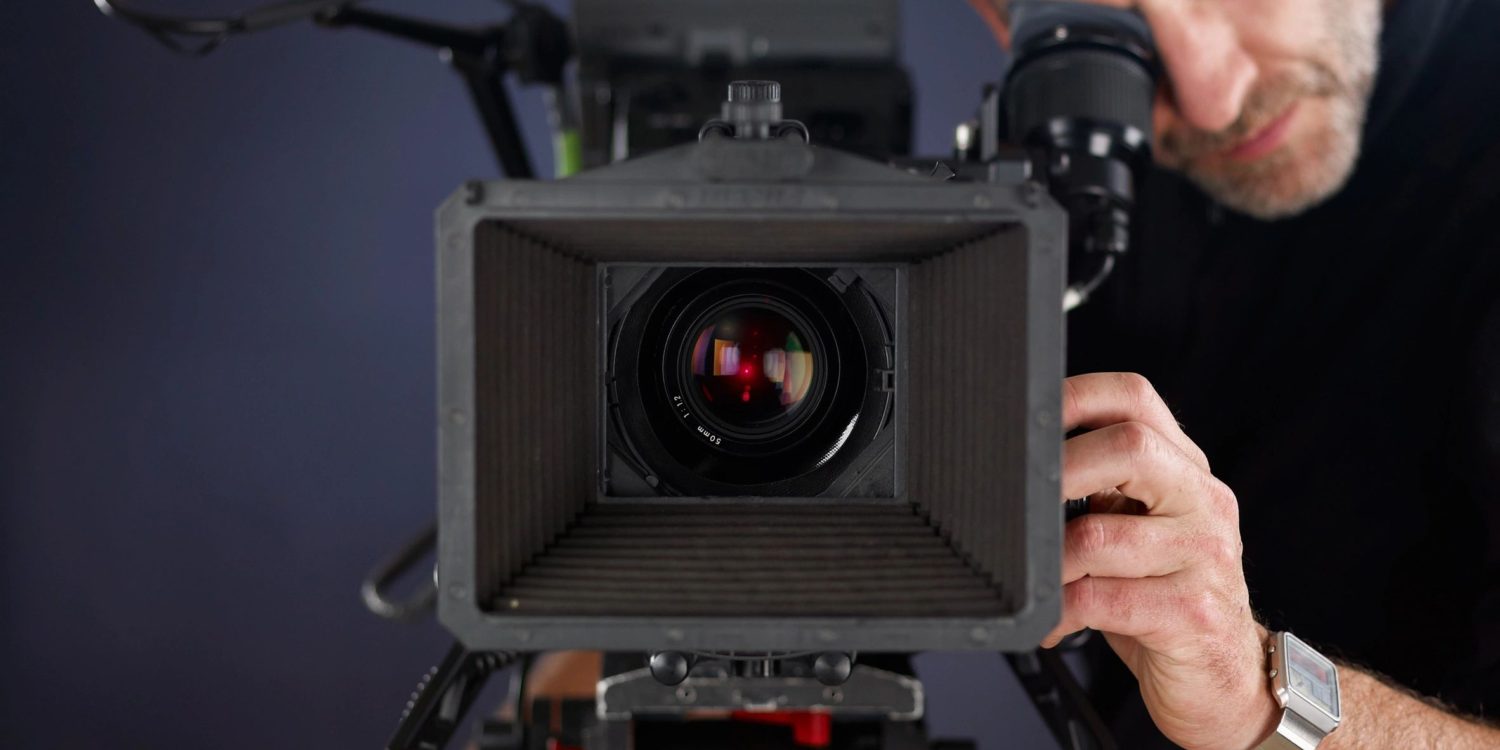 The following is the all-star list of presenters for the 2018 Concerned Educators Against Forced Unionism Conference (CEAFU2018) to be held on Saturday, January 6th, 2018 from 12-3PM. (Click here to sign up for the free online conference.)

William L. Messenger – Discussion about the Janus v. AFSCME, which he will argue before the U.S. Supreme Court

Ben Johnson – Ben is a former AFL-CIO and American Federation of Teachers union president; state Will discuss his reasons for supporting Mark Janus, as well as answer your questions.

President, Vermont AFL-CIO 2011-2013, 2014-2016; Won election over the incumbent to the parent organization for over 11,000 members across 80+ local unions.  Overhauled the organizational and governance structures to reflect changing membership from 1970 to 2010 and to allow membership by community organizations outside labor.  Ran the union’s internal political program in 2012. Hired, trained and directed campaign staff.  Developed strategic partners with other affiliates to win passage of homecare organizing legislation

Greg Mourad has worked for the National Right to Work Committee for 17 years, and currently serves as its Vice President for Legislation. He is responsible for directing the Committee’s efforts to advance the cause of employee freedom in Congress and in the 50 states.  His testimony was key in the passage of a Right to Work law in Wisconsin, which Governor Scott Walker signed this past Monday, making the Badger State the 25th Right to Work state.

Greg has testified before committee hearings in numerous state legislatures around the country, has appeared on C-SPAN, BreitbartTV, and on numerous national and local radio shows.  He is regularly quoted in print publications such as the New York Times, Washington Examiner and Detroit Free Press.

He has also lectured at a variety of seminars and conferences, regarding both legislative policy and legislative strategy.

Before joining the Right to Work Committee, Mourad served as staff on the political campaigns of several conservative candidates seeking office in Congress and the Virginia General Assembly.  He received his bachelor’s degree from the University of Virginia in 1993.

Ron Conwell is a Career and Technical Administrator and CTE Computer Science Teacher at Clarkston High School; a public high school in Clarkston Michigan. He has taught for 16 years. Ron was a 1991 Graduate of West Point. He has a BS in Computer Science, a MA degree in secondary education and an Ed.S. Degree in Education Leadership.

Based on his 11 years of military service and his oath to defend the Constitution and the individual rights contained therein, Ron entered his teaching position with a strong sense of apprehension for the forced requirement to join the teaching union prior to accepting his teaching position. After 12 years of teaching the State of Michigan provided Ron an opportunity to leave the Union when it passed a right to work law. Ron elected to leave the union in 2015. The union pressed Ron to pay collective bargaining fees and attempted to extend its agency shop clause illegally.

Ron sought legal assistance from the National Right To Work Foundation and with their assistance filed suit against the union and school district. The Right to Work Foundation litigated a win of both Ron’s original case and the subsequent appeal. The School district did not file an additional appeal but Ron still faces an additional appeal by the union.

Neal McCluskey – Neal updates us on state and national education policies that are coming and going.

Neal McCluskey is the director of Cato’s Center for Educational Freedom. Prior to arriving at Cato, McCluskey served in the U.S. Army, taught high-school English, and was a freelance reporter covering municipal government and education in suburban New Jersey.

More recently, he was a policy analyst at the Center for Education Reform. McCluskey is the author of the book Feds in the Classroom: How Big Government Corrupts, Cripples, and Compromises American Education, and his writings have appeared in such publications as the Wall Street Journal, the Washington Post, and Forbes. In addition to his written work, McCluskey has appeared on C-span, CNN, the Fox News Channel, and numerous radio programs.

Neal holds an undergraduate degree from Georgetown University, where he double-majored in government and English, has a master’s degree in political science from Rutgers University, and has a PhD in public policy from George Mason University.

He has been a frequent and valued guest speaker for the annual CEAFU conference.

David Schmus is the Executive Director of Christian Educators Association International (ceai.org), which seeks to encourage, equip, and empower Christian educators to transform our public, charter, and private schools with God’s love and truth. Prior to his tenure at CEAI, he was a high school AP US History/Government teacher and a Christian Club adviser for 15 years, being repeatedly honored as Most Inspirational Teacher. He holds an M.A. in Biblical Studies and Theology from Biola University, and taught Biblical Worldview classes at Biola as an adjunct professor for 14 years. David has provided leadership for gatherings and weekend conferences around the nation during which thousands of Christian Educators have been encouraged, equipped, and inspired to walk out their faith legally in the mission field of the public schools. David and his wife Elizabeth have been married for 25 years, have 3 daughters, and are based in Orange County, California.

Dr. Keith Courville was born in a rural area along the gulf coast south of New Iberia, Louisiana. At the age of 20, he graduated from college with a degree in Chemistry and accepted a Board of Regents Fellowship to engage in biomedical research at Louisiana State University, where his work in calcium imaging on pancreatic cells led to a publication in the Journal of Molecular and Cellular Endocrinology. His volunteer work at local public schools, where he participated in a reading program for struggling students, led him to switch careers to become a teacher.

While teaching at Walker High School, he took an aggressive schedule of teaching Physics and Chemistry, as well as coaching and attending night school to pursue a graduate degree in Education. In 2011, he was selected as a Presidential Management Fellow by the US Office of Personnel Management and was the only individual from a public university majoring in Education to be recognized as a finalist. He declined his fellowship offer and stayed in Louisiana to continue his work in bringing science programs to rural classrooms and pursue his PhD. Soon he was serving as an administrative intern and expanding his course offerings at Walker High to include a dual enrollment College Chemistry as well as a Physical Science course for at-risk youth.

With an opportunity to direct the training and development of teachers on a statewide level, he accepted a position with the Associated Professional Educators of Louisiana (A+PEL), one of the longest standing non-union associations for teachers. Since January 2014, he has served as Executive Director for the association, which has seen significant increases in revenue, membership, and operational capacity under his leadership. Dr. Courville completed his M.Ed. in 2010, his Ed.S. in 2012 and his Ph.D. in 2016 with a dissertation examining the factors influencing skewed scoring results in teacher evaluation systems. He resides in Baton Rouge with his wife, Dr. Rosemary Courville, and his son.

The leading authority on teacher freedom cases, he has published numerous articles on teachers’ rights, including, “Protecting the Rights of State Employees Against Compulsory Unionism”; “Legislative and Practical Alternatives to the Current Monopoly Bargaining Model That Will Enhance the Viability of Independent Teacher Groups;” and “From Abood to Tierney: The Protection of Nonunion Employees in an Agency Shop: You’ve Come a Long Way”.

Nathan J. McGrath – Nathan provides an insight into the ongoing legal efforts of the Fairness Center related to professional in the education field, and he is a c0-host for CEAFU2018.

Nathan J. McGrath is Vice President & Litigation Counsel of the Fairness Center where he litigates and develops the legal strategy to advance its mission.  The Fairness Center is a nonprofit public interest law firm offering free legal services to those hurt by public employee union officials. Fairness Center attorneys provide clients with a voice in the court of law and the court of public opinion.

Prior to joining the Fairness Center, Nathan was a staff attorney with the National Right to Work Legal Defense Foundation, Inc., where he practiced constitutional, labor, and administrative law. Nathan was also an associate attorney with Lawlor & Lawlor, P.C., a general practice firm in Pittsburgh, Pennsylvania.

Nathan received his law degree from Regent University School of Law. He was a member of Regent’s Law Review and Trial Advocacy Board. During law school, he also spent two years as a judicial intern for a judge on the Virginia Court of Appeals. Prior to law school, Nathan worked as a policy advisor for a Member of Congress, where Nathan handled, among other issues, the Member’s labor policy. Nathan received his undergraduate degree from Grove City College in Pennsylvania.

Amanda K. Freeman – Amanda will be the other co-chost for CEAFU2018 and provide information about the Foundation’s Charter School initiatives;  as well as, answer audience legal questions related to presentations by William Messenger and Milton Chappell.

Amanda K. Freeman, has served as a Foundation Staff Attorney since 2013.  She graduated from Regent University Law School, and has studied international Human Rights in France.  She is currently handling teacher cases stemming from the passage of a Right to Work law in Michigan in 2012.

2018 Concerned Educators Against Forced Unionism Conference (CEAFU2018) to be held on Saturday, January 6th, 2018 from 12-3PM. (Click here to sign up for the free online conference.)