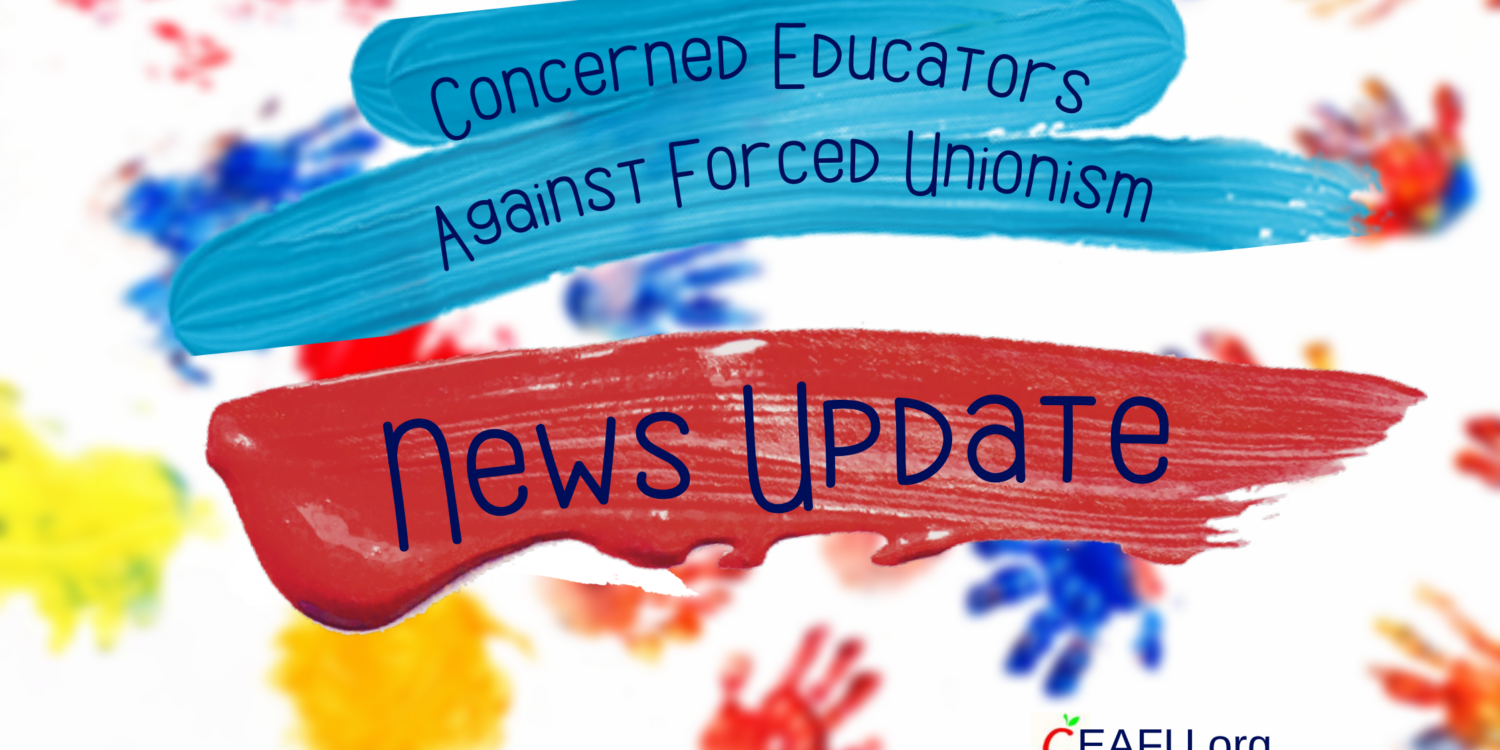 Nearly six-and-a-half decades ago, union-label state politicians in Wisconsin initiated what was before long a common practice in the vast majority of the 50 states.

Today all but a handful of states have statutes on the books authorizing the officers of a single union to speak for all the teachers in a school district, including union members and nonmembers alike, on matters concerning pay, and typically also benefits and work rules, in dealings with school officials.

Among the teachers who are harmed are those with low seniority, those who specialize in hard-to-fill subject areas like advanced math and science and English as a second language, and those who are most effective at helping schoolchildren learn.

For example, in New Jersey, as one perceptive commentator recently explained, new teachers are, largely as a consequence of school union bosses’ extraordinary clout, “forced to join a state pension system” that takes “7% of their salaries.”

Moreover, “almost half of the new teachers will leave teaching before they vest and wind up subsidizing older, career teachers.”

Besides hurting a majority of teachers in order to benefit a relatively small share of them, monopolistic unionism in K-12 education is associated with lower student achievement at a higher cost to taxpayers, when demographic differences among students are factored into the equation.

As harmful as union monopoly bargaining has proven itself to be for government education, until quite recently state lawmakers and executive office holders rarely suffered serious repercussions for supporting it.

While Big Labor bosses have long been held in appropriately low esteem in opinion polls, ordinary Americans have apparently found it difficult to believe that the union officials holding “exclusive representation” power over their local teachers would actively work to undermine the interests of schoolchildren.

But today there are more and more signs that politicians who cater to government union bosses’ every wish are facing a ferocious public backlash that could ultimately cost many of them their jobs.

And the key precipitating factor behind the sudden fall in public support for Big Labor politicians on the education issue was the extraordinary, medically unwarranted COVID-19 lockdowns of government schools commencing in March 2020 and continuing, in many cases, for a year or more.

“Parents could see their kids suffering from the detrimental academic and psychological effects of online-only education throughout much, if not all, of the 2020-21 academic year. Meanwhile, teacher union bosses and politicians who routinely do Big Labor’s bidding didn’t seem to care.

“The result is that parents and other concerned citizens are now far more receptive to proposals aimed at curtailing the power of the Big Labor-infiltrated education establishment than they were in the past.

“This represents a major opportunity, but also a challenge, for Right to Work supporters.

A Major Opportunity, But Also a Challenge, For Right to Work Supporters

“This election year, the Committee is working, through our candidate survey programs, to help Americans who are justly angry at politicians who aided and abetted union-boss efforts to shake down taxpayers by keeping schools closed, fight back in the most effective way possible.

“And by far the best solution to stop a repeat of the COVID-19 capers of the past two years and end a host of chronic abuses that have plagued our nation’s schools for decades is to roll back Big Labor’s monopoly-bargaining power over K-12 government education.

“In state after state this summer, the Committee and its members are now asking state legislative and executive candidates to pledge to repeal monopoly-bargaining laws that are now on the books and oppose passage of new ones.

“As richly as union-label candidates deserve a political drubbing in November, it won’t accomplish much on its own. The #1 goal for citizens who want to fix our education system this year is to build opposition to government-sector union monopoly bargaining in state capital after state capital.”