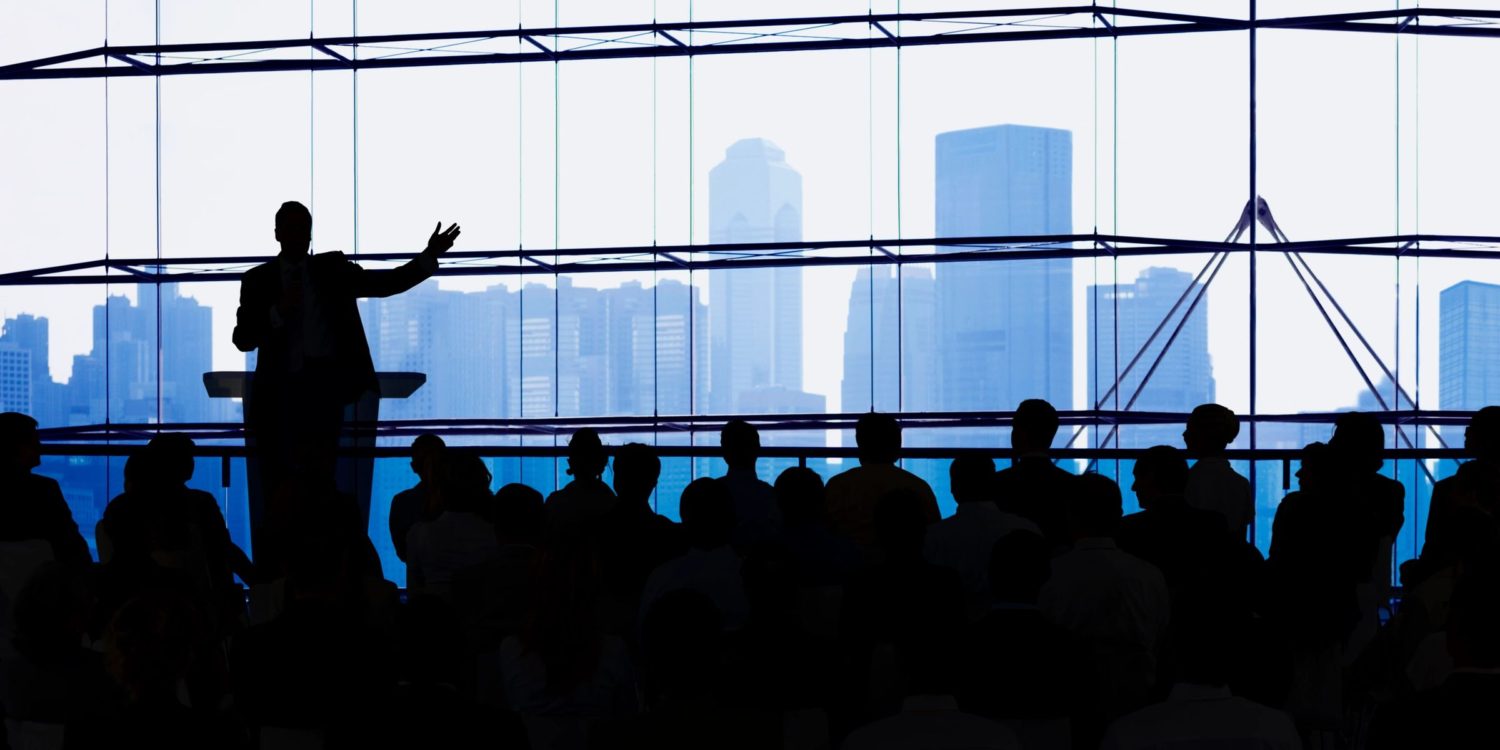 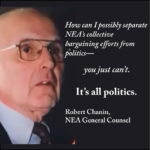 “I’m trying to activate our members. I’m about mobilizing and stimulating our folks’ so that the school union’s political activism ‘takes center stage’ for the remainder of the presidential campaign.” (Reg Weaver, NEA president, Teachers Union Calls for Defeat of Bush, George Archibald, The Washington Times, 7/5/04)

“Our goal certainly is to continue to increase the amount of political contributions made to NEA-PAC, thereby giving us the ability to increase our contributions to federal campaigns.” Mickey Ibarra, NEA Government Relations, AMERICAN SCHOOL BOARD JOURNAL, NOVEMBER, 1991

“Despite all of Bob Chase’s protestations to the contrary, William Bennett was right when he accused the NEA of being ‘. . . the absolute heart and center of the Democratic Party.’” (Suffer the Little Children” Forbes Magazine, 6/7/93, Peter Brimelow & Leslie Spencer)

“We (NEA) want a legislative program led by leaders and staff with sufficient clout that they may roam the halls of Congress and collect votes to reorder the priorities of the United Sates of America.” Terry Herndon, Executive Director, National Education Association union* NEA convention, July, 1978

“Legislators said fundamentally changing the boards’ structure without the support of the union would be unimaginable.” (Sandra Feldman, School Board Must Change, Union Says, Joseph Berger, The New York Times 10/21/92)

“Within 10 years, I think this organization will control the qualifications for entrance into the profession and for the privilege of remaining in the profession.”

“A model Professional Practices Act has been developed, and work has begun to secure passage of the Act in each state where such legislation is needed. With these new laws, we will finally realize our 113-year-old dream of controlling who enters, who stays, and who leaves the profession. Once this is done, we can also control the teacher training institutions which would require another whole speech to describe—but don’t worry, we’ll get there too.” (George Fischer, NEA union past president, speaking at the 1970 NEA convention.)

“The major purpose of our association is not the education of children, it is or ought to be the extension and/or preservation of our members’ rights. We earnestly care about the kids learning, but that is secondary to the other goals,” (NEA union Oregon UniServ BULLETIN, October 1981)

“(our) plan calls for . . . Autonomous state agencies, governed by teachers and other professional educators, with the power to approve teacher preparation programs and certify practitioners.”

“We must not let the opponents win by default. We should not remain reluctant observers attempting to be beat back and diminish association rights. We must promote our own perspective on collective bargaining and education reform. In short we should do unto them before they have done unto us.” (Robert Chanin, NEA General Counsel, Education Policy Institute, NEA Convention 2000 Report and Commentary, July 2000)

“The fact is that in some instances we have used power to protect the narrow interests of our members and not to advance the interests of our schools.” (NEA president Bob Chase, Time Magazine, July 20, 1998)

“MEA’s membership. . . first established our agency shop policy in 1967. This was just two years after Michigan teachers won the right to bargain collectively. If you thing there is a connection between the two events, you are right.” (Keith Geiger, MEA_NEA union president, TEACHER’S VOICE, 4/23/1979.)

“This summer I will really be pushing the concept of a single union for teachers in America. . . through growth, state mergers, assimilation and absorption. . . and that organization will be the NEA.” (Mary Hatwood Futrell, NEA union past president, NEA Convention, July, 1987.)

“I look at the union as having held up merit pay raises and being obstructionist and contentious. There’s a very simple explanation why the Legislature wont’ give us a chance to vote on this up front. They know the workers wouldn’t go for it.” (Shirley Svorny, Economics Professor, Cal State, Northridge, about SB 645, a forced dues bill for California State and University of California employees.)

“You have proposed legislation before you this afternoon to expand the scope of bargaining. If we are going to be held accountable for the education of our children. . . then we need to bargain curriculum rather than having it shoved down our throats by some deputy superintendent who doesn’t have a clue.. We also need to bargain textbook selection. . . lesson plans, discipline policy, classroom assignments, grade level teaching assignments, and anything else that affects our classroom and our ability to teach.” (CTA President Wayne Johnson at the CTA State Council Meeting, October 28, 2001, quoted by Mike Antonucci, The Education Intelligence Agency Communiqué, http://members.aol.com/educationintel/, 11/5/01.)

“The ‘right to work’ is a misnomer. It really means the right to work without union protection. . .” (Albert Shanker, Instructor Magazine, March, 1978)

“Anybody who thinks teachers should to it alone deserves a visit to the psychiatrist.”

“A professional is the closest thing to a propped-up dead body I know of.” (1981 Annual AFT convention)

“. . . at the heart of the revolution the AFT wrought. . . is the belief that unionism and professionalism are inextricably linked – that collective bargaining for teachers was and is an important means of attaining the professionalization of teaching and the betterment of education.”

“Teacher unions as a collective voice of the teaching profession, must be involved in the development and implementation of education policy matters at all governance levels.”

“A PROFESSIONAL Teacher Board. . . would be made up of outstanding teachers selected through a process which we would develop. Such a board would be independent, even though initially appointed by the union.” (Congressional Record, 8/1/1985)

“The Local School Council (LSC) cannot violate [the] contract. Furthermore, it takes 70% of our Union members to agree to a waiver of an individual provision. Teachers on the LSC should help the council understand this. [Our] union will make sure the contract is upheld.” (Chicago Teacher Union, CTU-AFT newsletter, December 1989)

“People don’t’ choose on the basis of educational excellence. They’ll choose a school because it has a good ball team or because ‘my girlfriend goes there.”’ (Parental choice plans) (Albert Shanker, Forbes, 11/25/1991)

“The quality of the teaching force will continue to drop because most of the high NAEP-scoring students are not going to be teachers.” (AFT Leadership for Reform Project, August, 1991.)

‘There is nothing I have ever done as a union leader which has not been good for kids.” (the late AFT President Sandra Feldman, “In Schools Crisis, Union’s Opportunity,” Elizabeth Bumiller, The New York Times, 9/29/95)

The NEA teacher union’s 1999 Representative Assembly passed Resolution 26 which states that, “when concepts such as charter schools . . . are proposed, . . . all affected public education employees must be directly involved in the design, implementation and governance of these designs.” (NEA Today, NEA 1999-2000 Resolutions, 9/99, p. 53)

“Ms. Feldman continued to hold city leaders in her grip. In 1995, using her role as exclusive negotiator, Ms. Feldman bullied her way through contract talks that called for school-based management. With a contract in place which ceded this power to individual schools, Feldman prepared the way to insert teacher union allies in all school-based management decisions. ‘What we’re watching here is a superb union leader and tactician coming in for the kill,” Edward I. Koch, former Mayor, declared. (In Schools Crisis, Union’s Opportunity, Elizabeth Bumiller, New York Times, 9/29/95)

“During her tenure as President of the UFT, Feldman also went to bat for noneducational issues. She demonstrated solidarity with parent AFT officials in demanding a boycott of Major League baseball during a strike in March, 1995. Most major league teams had replaced striking unionized players with replacement players. In addition to urging teachers not to attend or watch baseball games on TV, she called for an end to class trips to baseball fields when replacement players were on the field.

‘The owners had better come to their senses. I sure would hate to see a generation of kids growing up without baseball,’ Sandra Feldman declared. “ (Teachers, Education Week, 3/15/95)

“The original intent of charter schools -– to improve public schools through innovation and experimentation -– is being lost as a growing number of charters become cookie-cutter replicas of vehicles to undermine public education, eliminate collective bargaining rights and open the door to for-profit groups. . .” (American Teacher Convention 2000 9/00, p. 14)

Annette Katz is the spokeswoman for the United Teachers of Dade Florida. She said, “Charter schools are part of the landscape. If we don’t take an active role in deciding what they’re going to do, then everything will happen to us and the traditional public schools will be left out,” (Fox News, Teachers Unions Soften on Charter Schools by Catherine Donaldson-Evans, 9/16/00)

“We are the biggest potential striking force in this country, and we are determined to control the direction of education.” Catherine Barrett, past NEA union president, WASHINGTON STAR NEWS interview, 1972

“. . . by and large a strike in the public sector is not economic – it is political. . . One of the greatest reasons for the effectiveness of the public employees’ strike is the fact that it is illegal.” Albert Shanker, Monthly Labor Review, September, 1973.

“Instead of talking about alternatives to strikes, we ought to be talking about trying to strike in the public sector.” Albert Shanker, Meridian Star, MS, 8/13/1985

“Al Shanker was elected president of the parent AFT affiliate, but retained his title as president of the United Federation of Teachers (UFT). Dissatisfied with the amount of attention they received from president Shanker, UFT members elected Ms. Feldman in 1986. Of this time, she says, ’It was a very exciting time. There were strikes and demonstrations and all the growing pains of a union.’” (Sandra Feldman, Fighting All My Life, Ann Bradley, Education Week, 10/1/97)

Ms. Hankerson admitted that, after the audit of the WTU began, that she reviewed her own union credit card charges and repaid $1,500 in non union-related charges. Hankerson defended herself, stating, “I never admitted stealing. . . When you steal, you do something intentional. I never did anything intentional.” (“Teachers Union Takes Out Loan”, The Washington Post, Justin Bum and Valerie Strauss, 1/8/03)