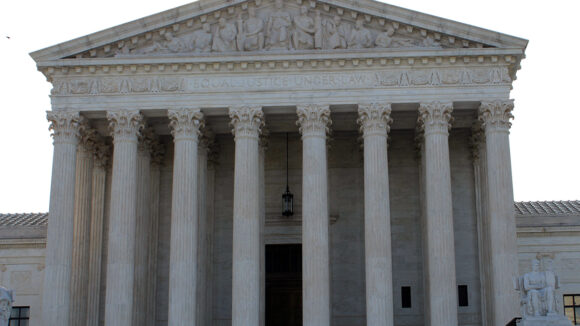 The other pending National Right to Work Foundation cases are those of Chicago Public Schools educators Joanne Troesch and Ifeoma Nkemdi, and Monmouth County, New Jersey, educators Susan Fischer and Catherine Speck. Both the Chicago and New Jersey cases are slated to be considered during the High Court’s Friday, October 29 conference, with a decision on whether the cases will be taken up likely soon after.

The newly filed petitions seek to defend the First Amendment Janus rights of public servants following Ninth Circuit Court of Appeals decisions which allow union officials to continue limiting those rights. In the 2018 Foundation-argued Janus v. AFSCME case, the High Court recognized that the First Amendment protects public sector workers from being forced to pay union dues or fees. The Justices further ruled that a public worker’s affirmative waiver of that right is needed before any union payments are deducted from his or her paycheck.

The Supreme Court reasoned that, because all public sector union activities involve redressing government, forcing any public worker into funding union activities against his or her will counts as forced political speech forbidden by the First Amendment.

Each of the cases brought before the court now challenges a union boss-created “escape period” scheme. “Escape periods” limit to just a few days every year the time in which public servants can exercise their Janus right to end union dues deductions. Often, public workers whom union officials never informed about Janus rights in the first place try to cut off support to an unwanted union, only to be told by state officials that, per the “escape period,” they must endure another year or more of union dues being siphoned from their paychecks.

The majority of these cases are class action lawsuits, and thus seek to reclaim for both petitioners and their coworkers money union bosses seized from their paychecks after they resigned union membership and tried to exercise Janus rights.

“Many of these public servants disagree with the ever-increasing left-wing union positions, such as defunding the police or teaching critical race theory in elementary schools, or did not realize they had the option never to join in the first place,” commented Freedom Foundation Chief Litigation Counsel Eric Stahlfeld. “It is unconscionable for the unions to continue taking money to promote their objectionable speech and political objectives.”

“All over the country, American public workers are making it clear that they will not stand by while union bosses and their allies in government play deceptive games with their First Amendment Janus rights, just so they can fill union coffers with more money from dissenting workers,” commented National Right to Work Foundation President Mark Mix. “This message should now be overwhelmingly evident to the Supreme Court, which now has an opportunity to rectify lower courts’ gross misinterpretations of Janus, and clarify that public workers’ First Amendment rights can’t be limited to arbitrary windows created by union bosses or their political allies designed to undermine workers’ rights as recognized in the Janus decision.”

This post was originally published on the National Right to Work Legal Defense Foundation website. If you have questions about whether union officials are violating your rights, contact the Foundation for free help. To take action by supporting us and fueling the fight against Forced Unionism, click here to donate now.