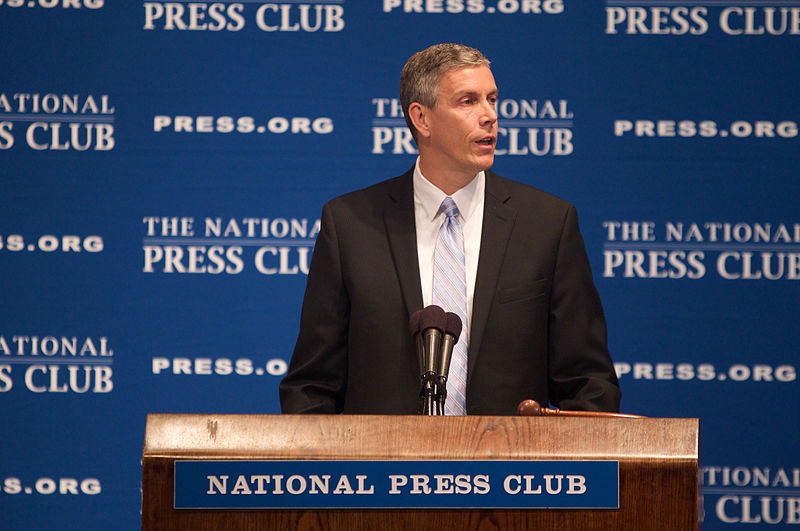 This winter, even as union-label Colorado politicians were scheming to expand dramatically the monopoly-bargaining privileges of government union bosses, leaked footage from a January 31 Zoom meeting highlighted for citizens why such privileges should never be granted at all.

Union bosses’ unabashed goal was to cripple the ability of the current majority of DCSD board members, all four of whom were elected by voters just last November, to implement the very reforms on which they campaigned.

‘Disable the School District From Operating’

On Election Day 2021, the citizens of Douglas County, located near Denver in the center of the state, with a growing population of roughly 360,000, made it clear they were fed up with a school board that had for years been taking orders from teacher union bosses.

As soon as they took office, new Chairman Mike Peterson and the three other board members committed to improving outcomes and empowering parents realized they would not be able to do their jobs as long as pro-union monopoly DCSD Superintendent Corey Wise remained on the job.

By late January, the board was publicly signaling its intent to fire Mr. Wise, who had angered many parents by agreeing with union bosses that masks should be mandatory for all students at all times.

Mr. Wise stuck by this stance despite ample evidence that children face minimal risk from COVID-19 and that masks do little if anything to prevent COVID-19 infections, along with growing evidence that masks hinder younger children’s ability to learn.

Based on their unbridgeable disagreements with Mr. Wise over mandatory masks as well as a host of other issues, the board majority was obviously entitled to dismiss him and hire someone else.

But Douglas County Federation (DCF/AFT) union boss Kevin DiPasquale would have nothing of it.

To intimidate Mr. Peterson and his colleagues into backing down, Mr. DiPasquale and his cohorts orchestrated an illegal “sickout.” It was supported by no more than 25% of the district’s teachers, but nevertheless stole another school day from students who had already lost many due to COVID-19 lockdowns.

At the Zoom meeting orchestrating the sickout, DCF bosses exhorted the rank and file to “disable the school district from operating,” insisting teachers should not be concerned about exacerbating COVID-19 learning losses, because “everyone’s gonna be equally behind.”

Teacher union officials planned the February 3 shutdown not just to amplify their opposition to the school board’s picking its own superintendent, but also to advance their aim of seizing monopoly-bargaining power over how K-12 employees are compensated and managed.

In the videotaped words of DCF Vice President Kathy Dorman, “We are trying to get our power back, aren’t we?”

Under current Colorado labor laws, localities have the option to acquiesce to union monopoly bargaining in public education, but are not forced to do so.

But a pending proposal by union-label legislators in Denver led by House Majority Leader Daneya Esgar (D-Pueblo) would statutorily guarantee teacher and other local union bosses so-called “exclusive representation” privileges. This scheme could potentially be introduced as legislation soon after this Newsletter goes to press in early March.

“The February 3 power play in Douglas County is just the latest example of why government-sector union monopoly bargaining should be banned, not mandated.

“Under this model, Mr. Duncan added, school systems ‘pay teachers billions of dollars each year for earning credentials that do very little to improve the quality of teaching.’ At the same time, ‘many schools give nothing at all to the teachers who go the extra mile and make all the difference in students’ lives.’”