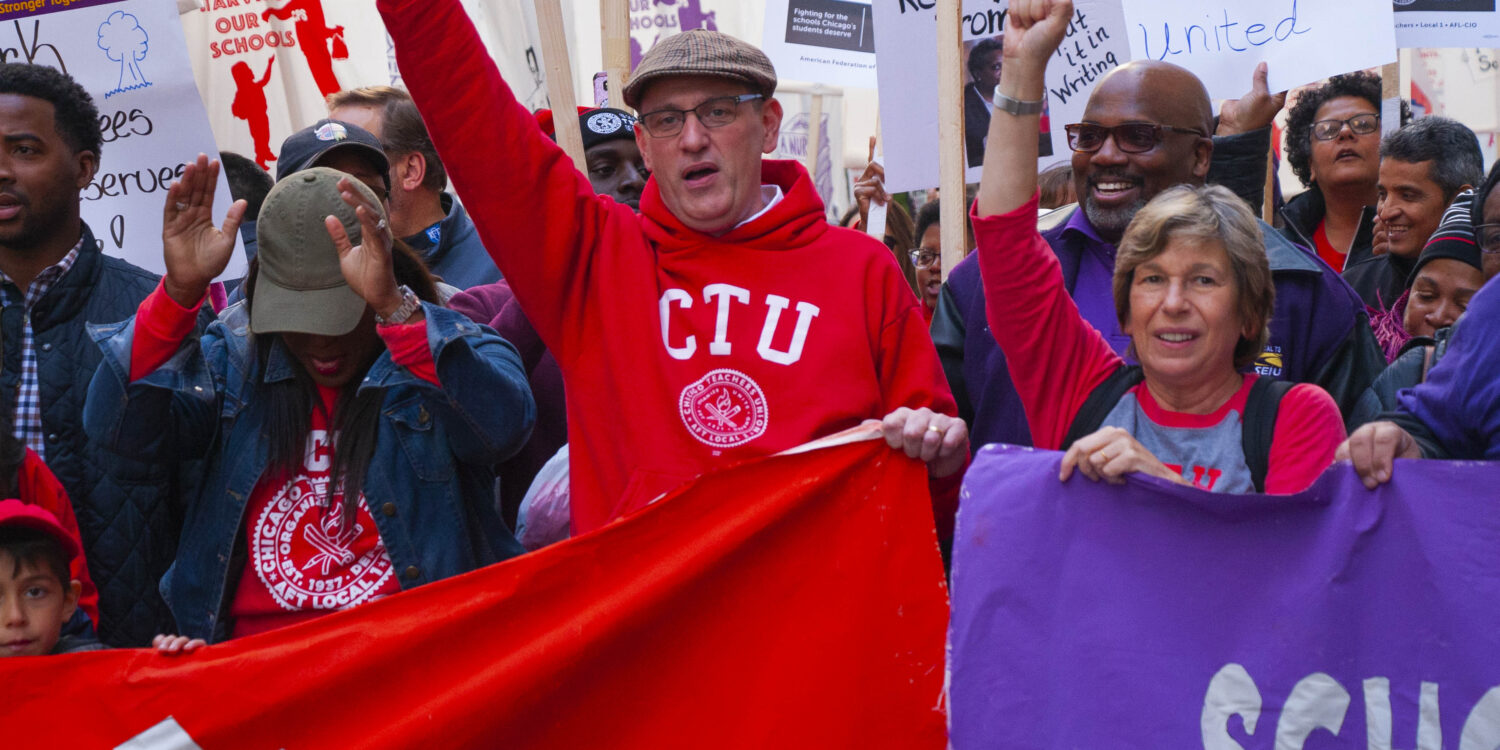 Eight months ago, union bosses like American Federation of Teachers (AFT/AFL-CIO) chief Randi Weingarten and National Education Association (NEA) bigwig Becky Pringle exulted as Congress rubber-stamped and President Joe Biden approved a $200 billion payout to overwhelmingly unionized government schools. The principal public pretext for this extraordinary transfer of money from federal taxpayers to state and local education bureaucracies was that the funds were needed in the wake of COVID-19 to ensure that schools could reopen safely.

The money was also supposed to help provide kids with opportunities to catch up after losing ground while schools were shuttered.

But the reality is that the bulk of the $200 billion windfall isn’t going into putatively necessary safety measures like upgrades in older buildings’ ventilation systems.

Nor is it going into learning-enrichment programs.

An August 20 analysis by the nonpartisan education news service K-12 Dive showed that state after state and school district after school district are actually using COVID-19 “relief” money to hire additional employees and give nonmerit-based bonuses and pay increases to current employees.

Voluminous research by leading education scholars such as Dr. Marguerite Roza of Georgetown University shows that expanding K-12 payrolls is not an effective way of improving student achievement. But such payroll expansions clearly do put more dues revenue in the pockets of NEA and AFT union officials.

Now is an especially bizarre time for government-run K-12 schools to be hiring.

And early reports of 2021-22 enrollment numbers in large districts in government union-dominated states like California, Illinois, and New York indicate even fewer kids will attend schools raking in COVID-19 relief money this year than in 2020-21.

“Chicago Public Schools [CPS] may be the most outrageous example of how federal taxpayers’ $200 billion bailout of government education is being abused,” said Greg Mourad, vice president of the National Right to Work Committee.

“With a pension shortfall of $22.8 billion, according to Moody’s, CPS officials were planning in mid-August to hire an additional 2,000 part-time and full-time employees this academic year,” Mr. Mourad continued, citing an August 18 report by investigative journalists Ted Dabrowski and John Klingner.

“Yet CPS officials admitted at the time that the school district’s enrollment could plummet by as much as 100,000 students, or 29% of the district’s total, this academic year!”

There is no doubt, said Mr. Mourad, that teacher union bosses scored a $200 billion victory over taxpayers with the adoption of the so-called “American Rescue Plan” in March.

“It has been known since early on in the pandemic that, even though COVID-19 is dangerous for many elderly Americans and other vulnerable people, it poses substantially less risk of serious harm to children than does the seasonal flu. It has also long been known that children are not COVID-19 ‘superspreaders.’

“But union bosses like Randi Weingarten and Becky Pringle have successfully exploited COVID-19 fears to line their own pockets. The good news is that teacher union bigwigs could ultimately lose more than they gained from this stunt — if parents and other taxpayers in state after state respond by fighting tenaciously and effectively for revocation of government union bosses’ monopoly-bargaining privileges.”

These privileges and the political clout they spawn are the key reasons why Ms. Weingarten, Ms. Pringle, and their cohorts were able to pull off this year one of the biggest shakedowns ever of American taxpayers.

Thanks in part to the Right to Work Committee’s efforts, Arkansas has already adopted a law that bars Big Labor from seizing monopoly-bargaining control over teachers and many other public servants.

This post was originally published in the National Right to Work Committee Newsletter. To take action by supporting us and fueling the fight against Forced Unionism, click here to donate now.