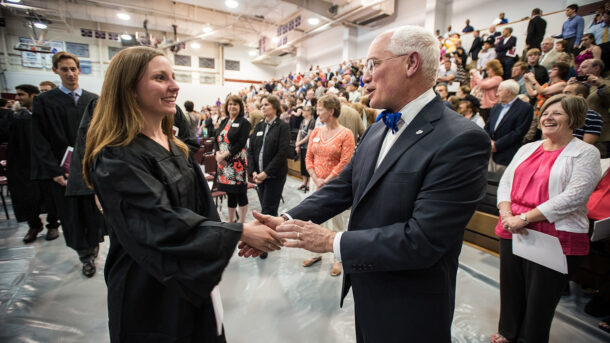 College-Educated and Other Employees Prefer Right to Work States

Recently updated federal data on the American workforce and employment and unemployment rates show that employer demand for college-educated employees rose at a surprisingly rapid clip from 2010 to 2019, despite generally sluggish economic growth during the Obama years.

And, as of this April, according to the U.S. Bureau of Labor Statistics, the seasonally-adjusted labor force participation for civilians aged 25 and over (including people 65 and over) with one or more higher-education degrees was 72.9%. That’s 9.6 percentage points higher than the overall labor-force participation for people in that age bracket.

Superior Opportunities For College-Educated Mean More, Better Jobs For All

Also in April, the nationwide seasonally-adjusted unemployment rate for college-educated adults 25 and over was just 2.0%, compared to 3.0% for the 25-and-over workforce as a whole.

Of course, not everyone who holds a bachelor’s degree and is in the workforce is doing well economically. But generally speaking, it is still a “seller’s market” for college-educated labor in America today.

Therefore, the rate at which a state is gaining college-educated people, relative to the national average, is in itself a good measure of how successful the state is in creating and retaining good jobs.

According to this important criterion, states that still lack Right to Work protections for employees are performing quite poorly.

Forty-five states were either Right to Work or forced-unionism for the entire period from 2010 to 2019.

Among these states, the four with the lowest percentage gains in working-age, college-educated population over that period — Alaska, Connecticut, New Mexico, and Vermont — are all forced-dues states.

Nine of the 12 bottom-ranking states are forced-dues states.

On the other hand, nine of the 11 states with the highest percentage growth in their college-educated populations, aged 25-64, from 2010 through 2019 are Right to Work states.

Lower Cost of Living Benefits People of All Educational Backgrounds

And they are culturally as well as regionally diverse.

In the aggregate, the 23 states that still don’t have Right to Work laws today experienced only about two-thirds as great a gain in their college-educated population as did the 22 states with long-standing Right to Work laws.

“Employees of all kinds prefer to live in Right to Work states when they can because living costs are lower and real incomes are higher.”

One drew on data from the U.S. Census Bureau and the Missouri Economic Research and Information Center, a state government agency, to calculate that, as a group, the 23 forced-unionism states were 28.8% more expensive to live in than the 27 Right to Work states in 2021.

The other found that the average cost of living-adjusted, after-tax income per Right to Work household in 2019 was $64,572, roughly $4,300 higher than the forced-unionism average.

“Policymakers in the 23 states that still lack Right to Work protections for workers should pay heed to the data.”